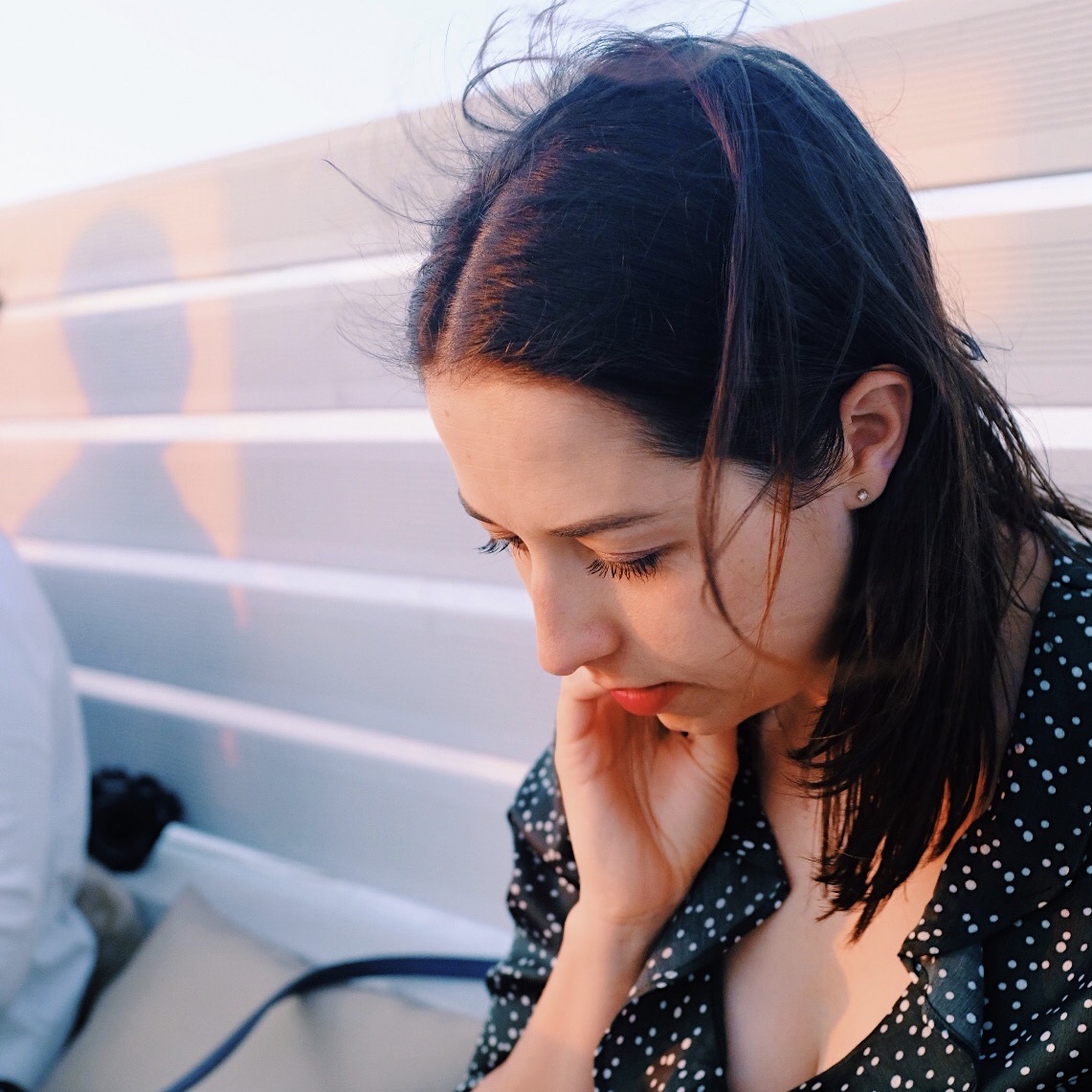 There's always a place for you here in my wild heart.

Part of Me, Good Old War

I love to jump into the energy of a new year. But not before closing the loop on the previous one, as a way to make sense of it all.  Recently I went camping by myself on a permaculture farm in Margaret River in the last week of the year. Time in nature to get clarity and your thoughts in order should never be underestimated.

To make an end is to make a beginning. – T.S. Eliot

Looking back, 2018 was quite a year – I started a tea circle, became a marriage celebrant, travelled on over 40 planes, read one book a week, spent seven days in silence, tried nude yoga, ate at Noma in Copenhagen, sang Toto’s Africa in an Athens karaoke bar, and became a woman of 30 in Tuscany. In this time, I also ruthlessly prioritised my emotional wellbeing, exercising, and getting as much sleep as possible.

It was also – hands down – one of the most challenging and exhausting times of my life with a lot of unanswered questions still lingering. Making self-care and wellness a central part of my life was the magic bullet for survival, and as such, I feel the healthiest – mentally, physically, and energetically – that I’ve ever been. 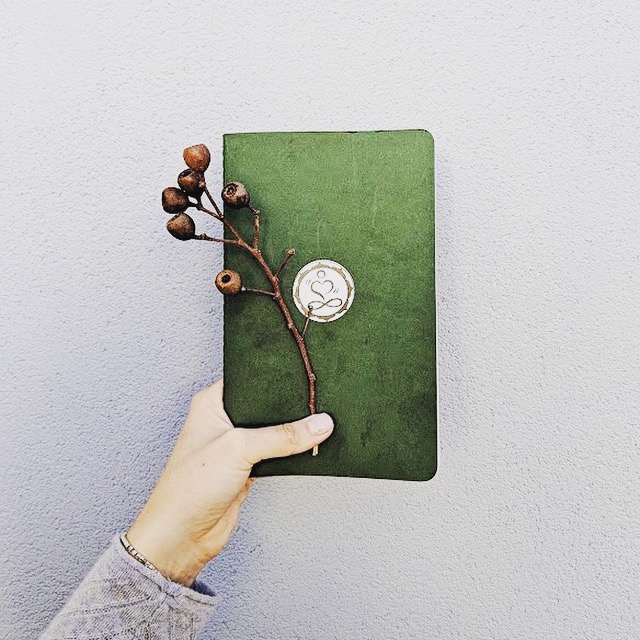 When I’m With You, Joshua Radin

Humans really cannot do two things at once. The majority of times that I try to, like talking to someone while sending a quick text or typing on my laptop and trying to listen (or my pet hate: someone scrolling on their phone while we’re talking) – I invariably miss something, or most likely – everything.

Earlier this year I had two choices: go to Sri Lanka or experience intense presence in silence. My curiosity won and I went on a 7-day silent meditation retreat with Spanda School in coastal West Australian bushland.

There is such richness to be lived offline. I found it incredibly humbling and healing to not speak for seven days, and I experienced a lightness of being I cannot explain.

Before you know kindness as the deepest thing inside, you must know sorrow as the other deepest thing. – Naomi Shihab Nye

However, being completely in silence did have its challenges. The list of what I couldn’t do was long (no talking, no reading, no phone, no music, no eye contact, no internet – to name a few). Only writing was allowed. And write I did.

My intention for going off the grid was to ‘unravel’. I filled up an entire Moleskin notebook with words from my stream of consciousness. In it is one attempt at poetry, lists, personal explorations, some things I probably don’t want to reread, and letters to the great loves of my life (I knew there would be an ex-boyfriend day!).

Every next level of life will demand a different you. – Leonardo DiCaprio

A lot of people have since asked me if I was bored or challenged or scared. Yes, yes, and yes. I have been doing Vedic meditation for two years, and yet I was still quietly worried if I would ever feel my legs again after four to six hours of meditating per day on the retreat. I had willingly signed up for no connection, no communication, no screens, no books, and essentially – living in flight mode. I quickly realised there was no way to Command T my way out of this. 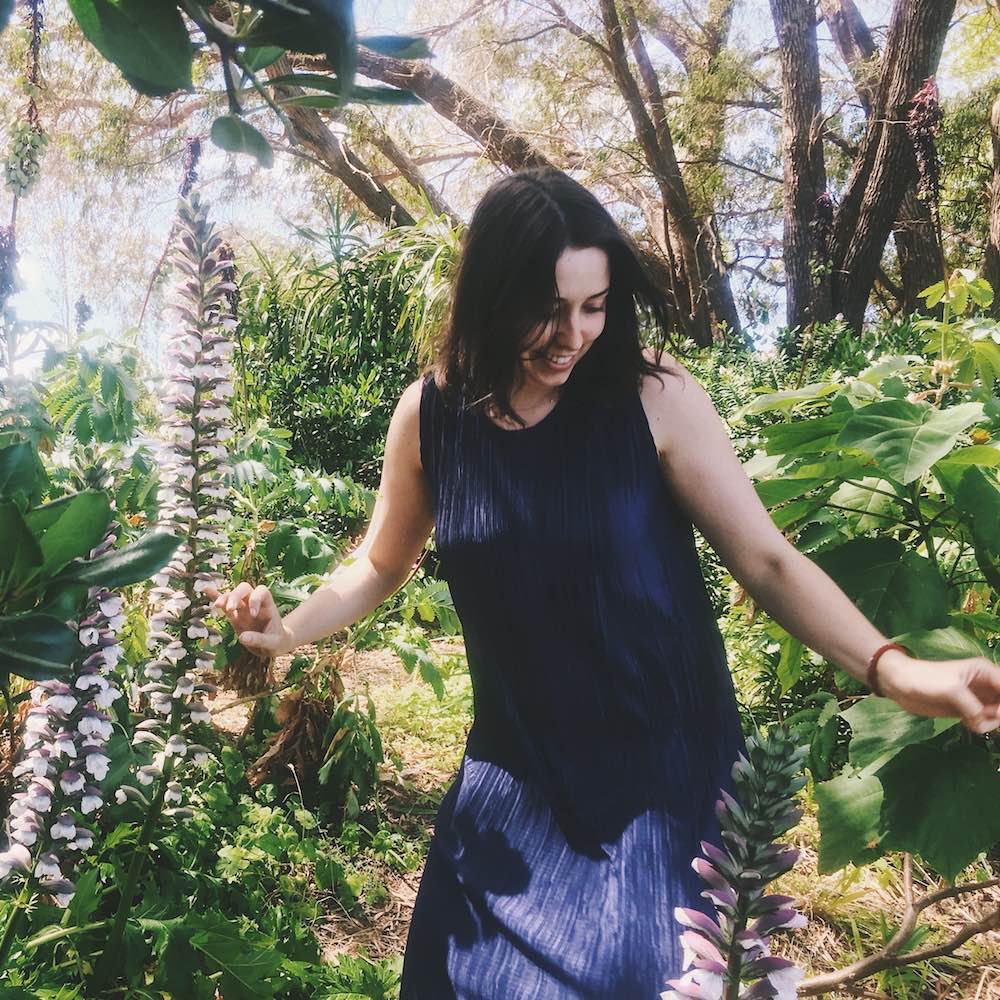 Must've been forces, that took me on them wild courses

2017 was the year of being my #bestself, living the word reverence, and discovering that my name means ‘apricot tree jewel fruit’ in Japanese. Winning.

I tried to not force things (2016 word: flow), finally understood what all the fuss is about gin (delicious), tried to find the perfect mustard (still looking), and landed an exciting job in tech and marketing (Uber Eats).

I did quite a few things alone – like travelling to Japan in cherry blossom season and hiking in Muir Woods near San Francisco – and learning how to navigate solitude like a pro. I had my own back. In essence, I’ve spent the last twelve months focusing on self-care and self-study to, as Ram Dass says, get my own house in order:

It has been the first year in many that didn’t have major heartbreak. I did have a few disappointments with timing and romantic failures though. Key takeaway: thank them for their honesty and walk away. The other day I wrote: “I have gained more than I have lost” which I think best sums up that it won’t always feel good, but it will teach us something.

So, how will life unfold in the year ahead? 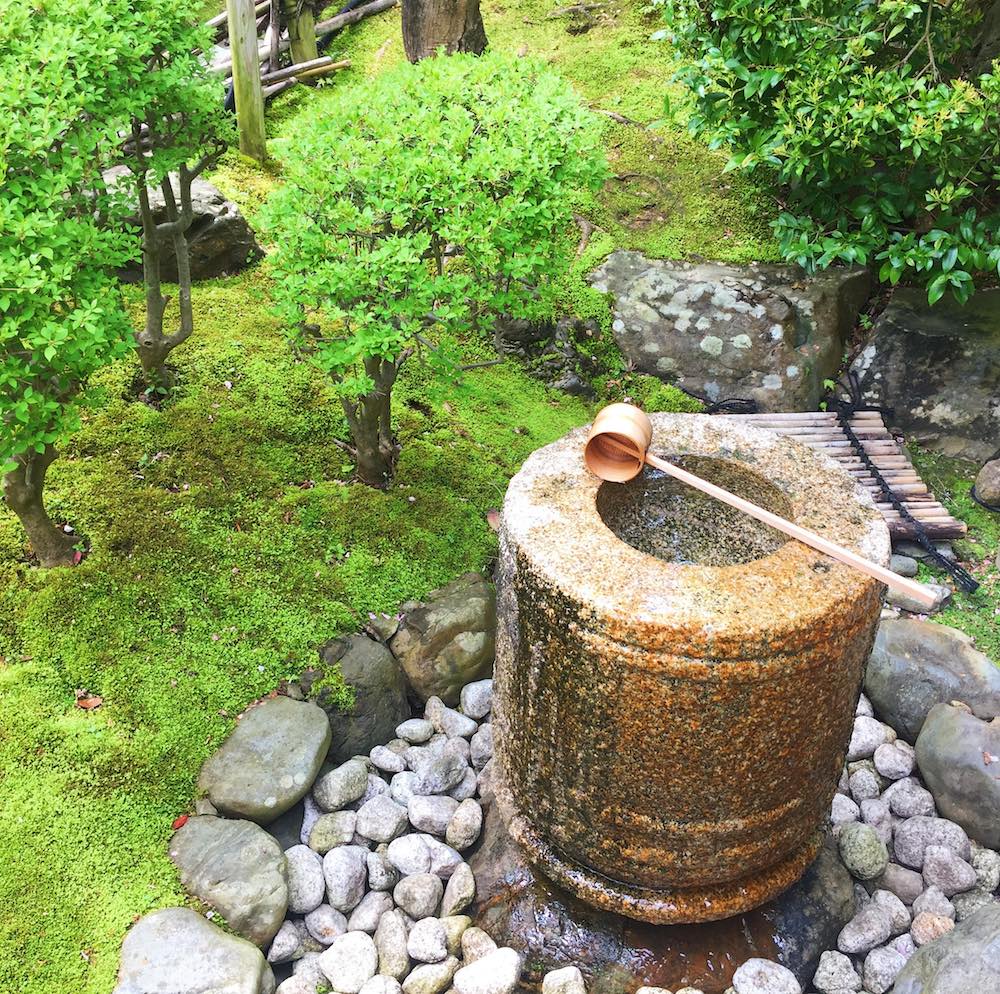 Be here in this moment. Sacred, I'm saying your name.

Give Me Tonight, Dustin Tebbutt

The Japanese have a saying ‘ichi-go ichi-e’ (一期一会) meaning ‘one time, one meeting’. It roughly translates to the idea that we live ‘each moment, only once’ and that the value of each encounter is that it happens only once in a lifetime.

I was introduced to the concept of ichigo ichie at a Japanese tea ceremony in Kyoto. Being a tea lover, I jumped at the opportunity to sit inside a century-old tea room and experience the artistic display of tradition and hospitality. Our tea hostess was captivating – a graceful lady in her sixties with an unhurried elegance and a quiet passion. I intently watched her transfer the hot water from a cast iron cauldron with a wooden ladle into ceramic bowls before whisking the matcha tea and serving us. I was overcome with the feeling of beauty and intense presence.

The Japanese have a way of doing things – it is slow and measured, with everyday gestures being undertaken with reverence and intimacy. I frequently got goosebumps while traveling in Japan, like when watching someone gift wrap something for me in a shop or when sitting at the counter of a tiny restaurant and seeing my meal being prepared.

Curated Japan: Everything You Need To Know Before You Go 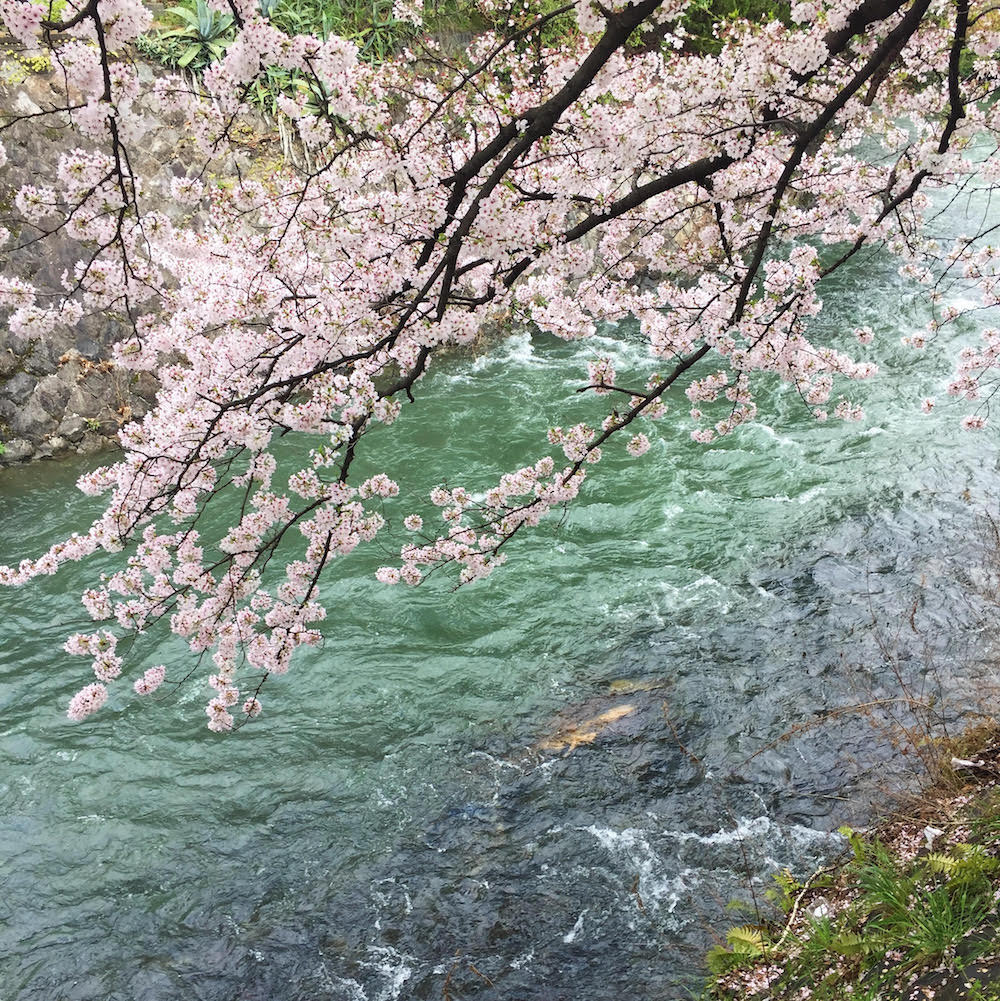 Japan is a truly incredible place that is both years ahead in some ways and centuries behind in other ways. It is also one of the most culturally fascinating and culinarily interesting countries to visit.

I fell in love with basically everything from the sakura cherry blossom, to onsen bathing, to the kindness and reverence of Japanese people, and the ‘what just happened in my mouth?’ food experiences. Think: yakitori, inari, sashimi, miso eggplant, ramen, soba, unagi, umeboshi, plum sake, mochi, bento, okonomiyaki, and green tea galore. Hungry yet?

Japan caters to everyone. If have a lot of money to spend, you can in Tokyo or Kyoto. If you want to eat street food that blows your mind but not your budget, you can in Fukuoka.

And then there’s the nature. It’s a little-known fact that 60% of Japan is made up of mountains all the way along the Northern ‘horse’s back’ when you look at a map. The untouched forests, majestic cliffsides, and lush tea fields are some of Japan’s best-kept secrets.

At Least My Heart Was Open 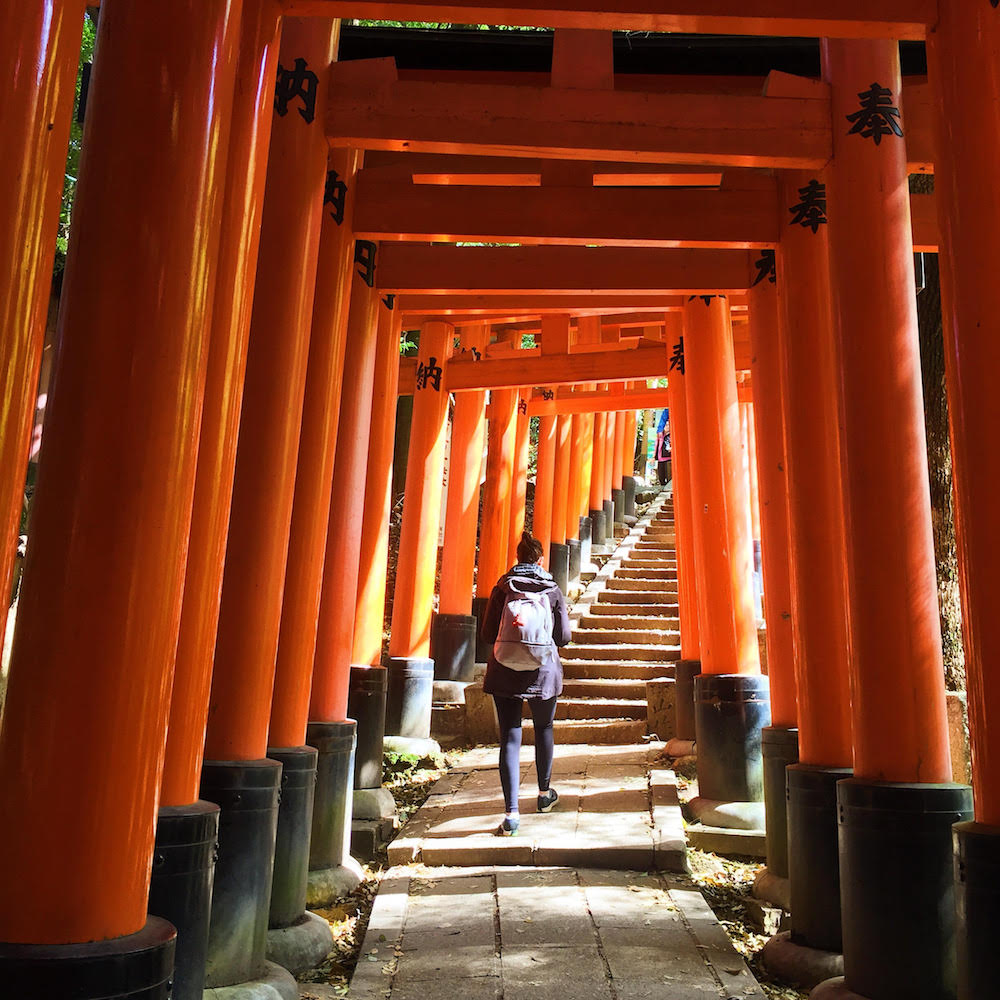 The concept of time baffles me. I cannot explain how seven years can feel like seven minutes and how three weeks feels more like three months have passed. I’m currently travelling around Japan by myself, a concept that baffles some people that I meet. The ask “Just you?”, wonder “Where are your friends?”, and want to know “Is your husband joining us?”. I don’t travel alone to make a point out of it. I simply want to have adventures and experiences that I cannot have at home, and at the moment that means doing it solo.

The inevitable highs and low of travel are amplified when you have no one to share them with. When you are travelling alone you get these intense moments of personal pride. Like navigating a complex subway system with no WiFi, and ordering a meal in a foreign language using hand gestures. It’s a chance to celebrate the things you did all on your own. 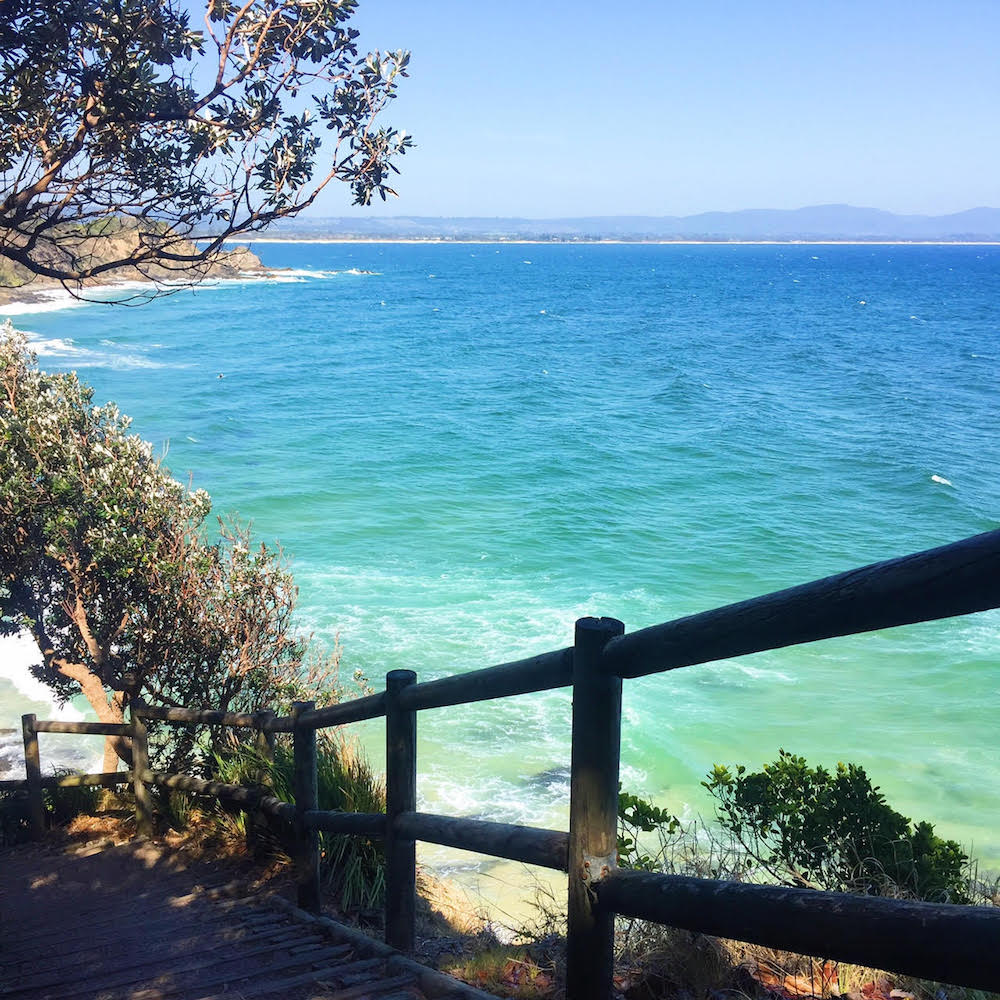 Because our hearts don't beat the same as they did before

Oh My My, Garrett Kato

Byron Bay is the Bali of Australia. A cross between a small country town, beach getaway and wellness haven – Byron Bay has the magical combination of ocean air, understated glamour and laid-back hospitality.

It is the kind of place you’ll love the minute you arrive. Byron Bay should be renamed Byron Babe for the ridiculously good looking roam everywhere in this coastal New South Wales town, a 2-hour drive from Brisbane and 800kms from Sydney.

Locals rise early to catch the surf before work and retreat to bed early, while tourists are the ones out late at night. Synchronicity is ever-present in Byron Bay; I walked past an ordinary looking chalkboard that read ‘Gareth Kato – Tonight, 8pm’ being one of my favourite Canadian singer-songwriters playing a free gig at the local Byron Bay pub the day I arrived. For the gluten-free traveller, Byron Bay is a bounty of health elixirs, local produce and nourishing delicious food.

Pick A Word, Spend The Year Living It 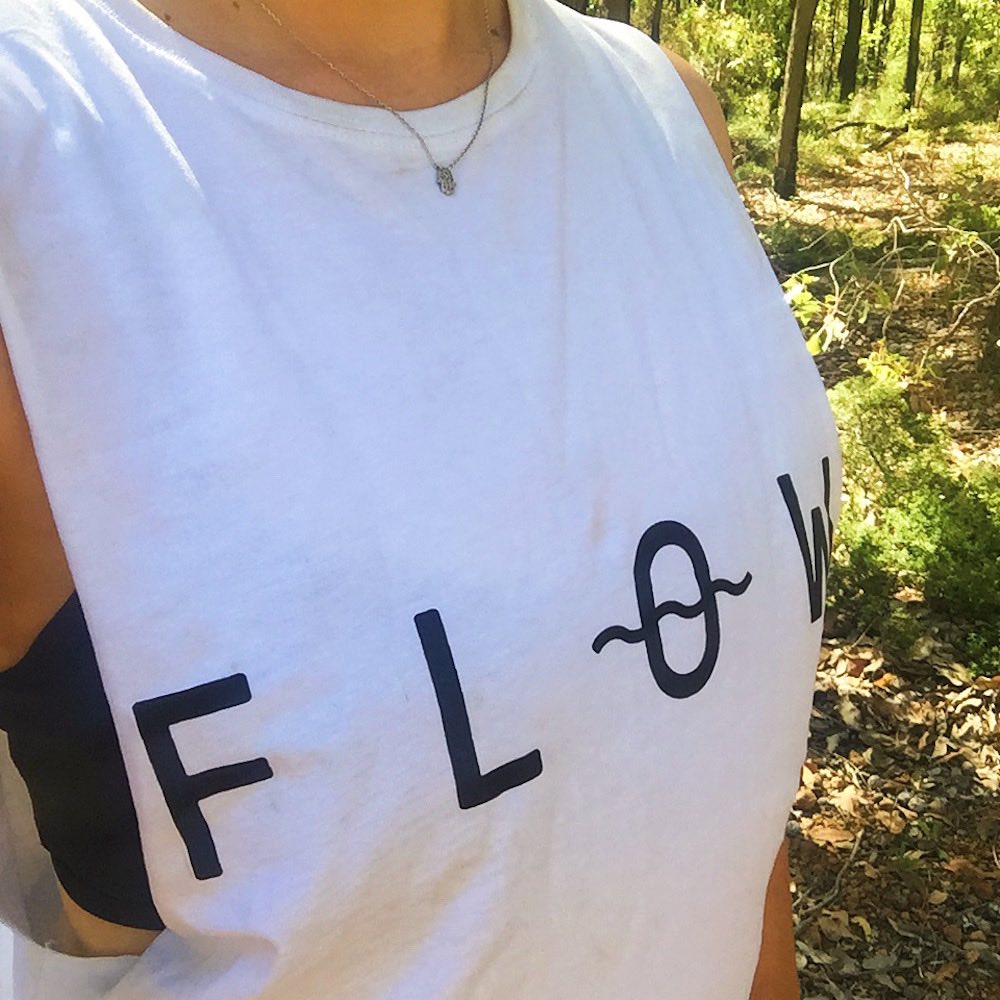 Is there anything left to say about 2016? Libraries’ worth of articles, tweets and ‘what the fuck’ conversations are trying to understand the year that was. So instead I am going to share how I start and spend each new year with a new word, because your life is not going to magically change at 12:01am (and if it did, please do share).

It all started back in 2015 when I was travelling and couchsurfing across North America. The word ‘grace’ kept showing up everywhere – on street signs, in song lyrics, and in things I was reading. Grace, hey? It was not a new word to me and it initially sounded kind of meek and meh. Certainly not very exciting or adventurous. Until I really thought about the state of grace.

A Week Without Digital Dopamine 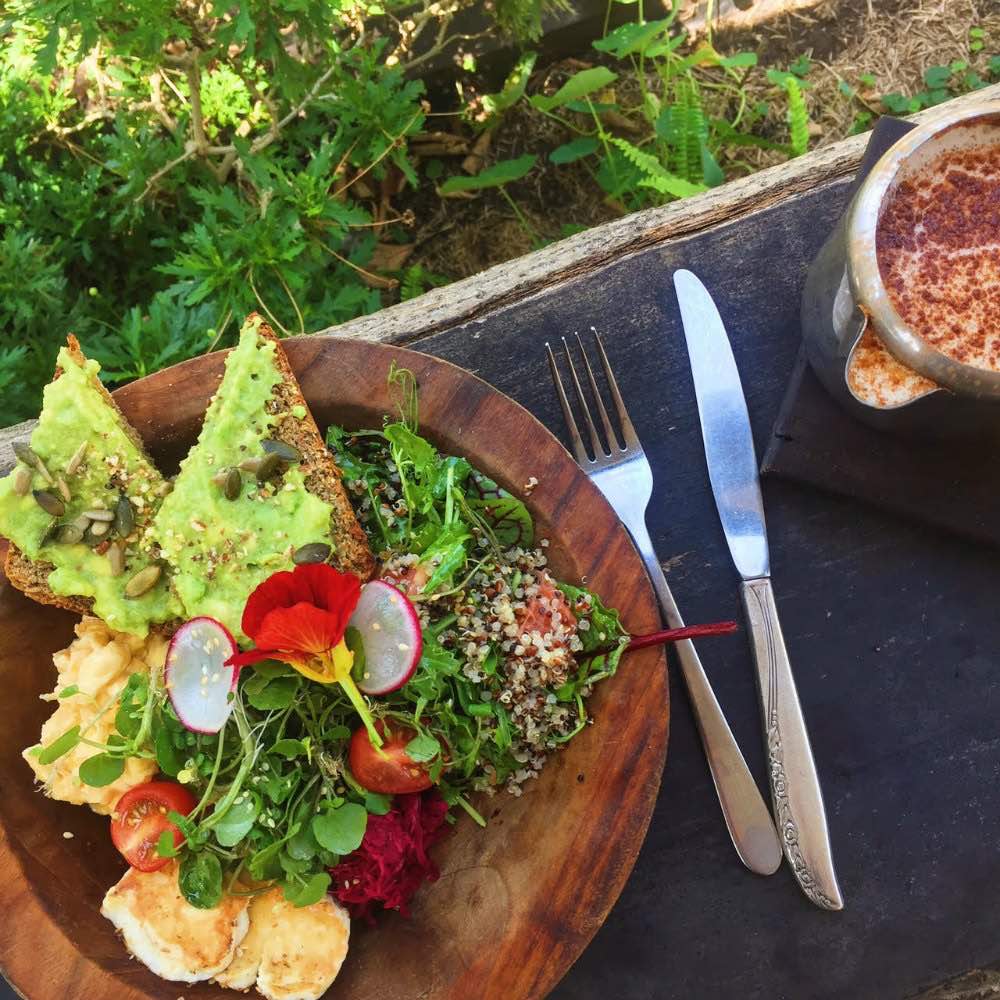 And I know you wanted to for some time now

Into the Sun, Sons Of The East

If you eat an abundance bowl but don’t share it online, are you still #blessed?

I’ve been wanting to learn Vedic meditation for quite some time, and recently travelled to Byron Bay for a retreat with The Broad Place at The Atlantic. Initially, I was planning to only go phone-free for the four-day immersion, but then I decided to go offline for the following week to figure out what is real. A sort of ‘detox’ from digital dopamine.

Digital dopamine is a term I like to use to explain the feelings of reward and pleasure from constant online communication, Facebook likes, Instagram hearts and Twitter retweets. It’s that rush of satisfaction and self-worth we all know. But more and more, I/we are using social media to kill time and that is literally what it does – kills it.

What It’s Like To Be The GFF (Gluten Free Friend) 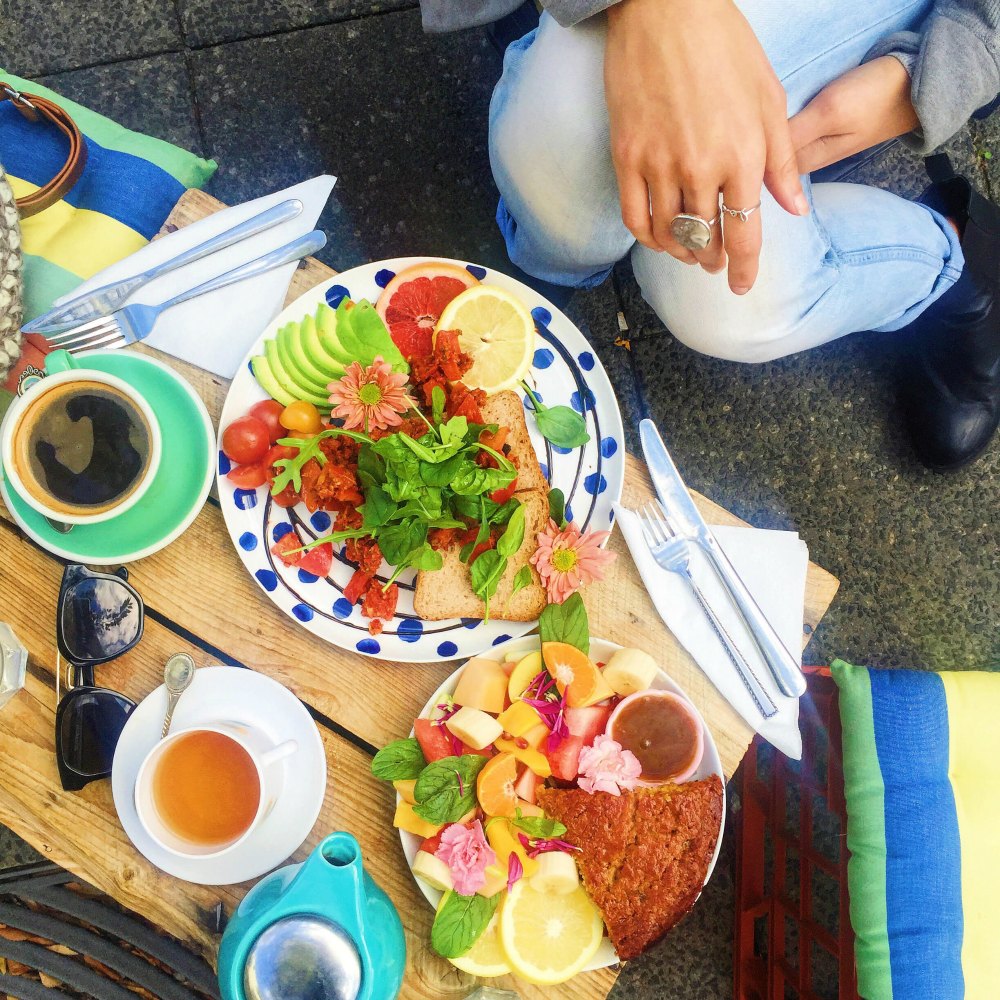 Love On The Weekend, John Mayer

I’m the sort of diner chefs don’t like. Waitstaff consider me a nuisance, and friends flash apologetic eyes while I decipher menu acronyms at Da Vinci Code speed.

I’ve been called a lot of things: nightmare dinner guest, self-diagnosed poser, fake allergy sufferer, fad follower and a food snob. But my favourite one is ‘glutard’ [noun: gloo-tard] meaning someone who has an immune reaction to gluten (found in wheat, barley and rye), and will never be able to taste the latest dessert craze. From here on in, let’s call us the GFF (gluten free friend).

Soundtracks To Your Life