Normal People ― a mirror to your first love, or big love, or whatever you call that person you cannot forget 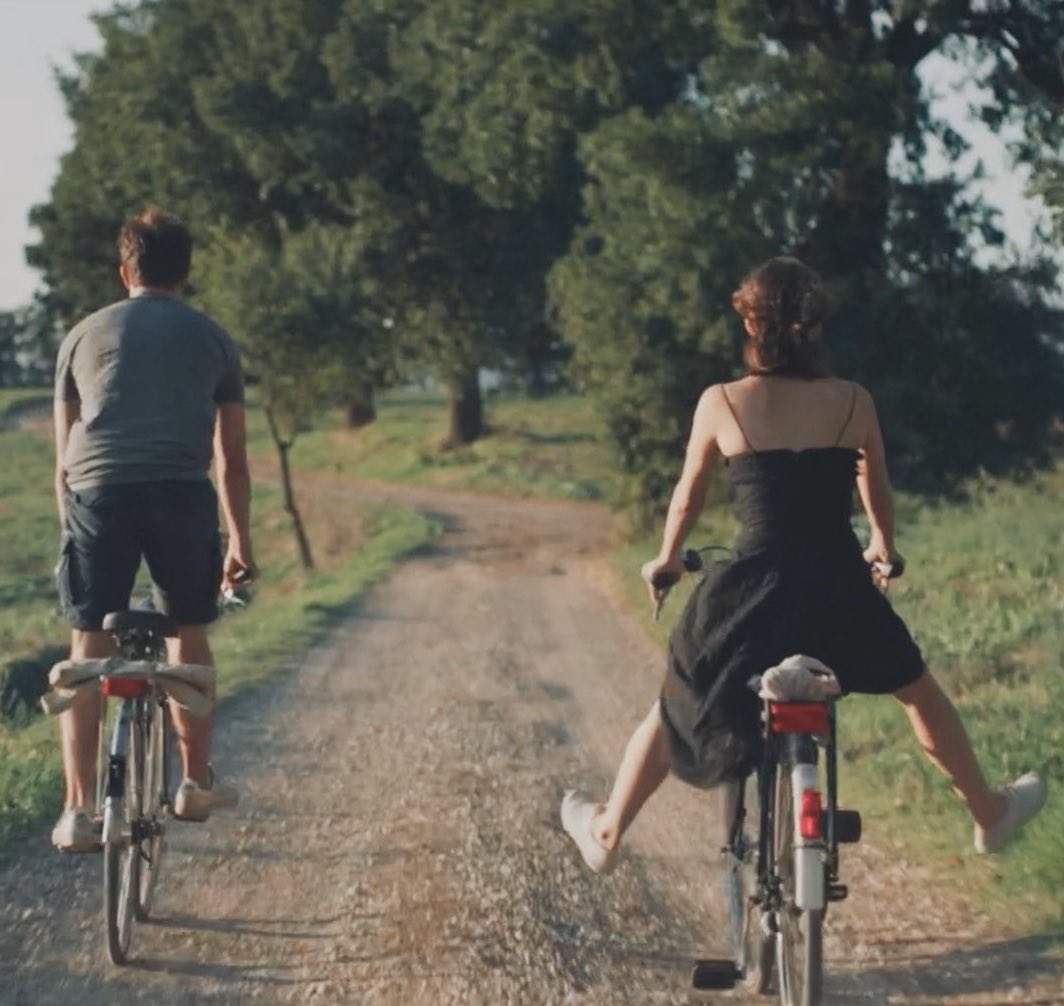 Keep climbing into my head without knocking, and you fix yourself there like a map pin

There is life before Normal People and life after.

I have just finished the screen adaptation of Irish writer Sally Rooney’s widely acclaimed and loved novel of the same name that spun the internet (and me) into a frenzy when it came out two years ago. It was the soup du jour read of our generation ― passed around from friend to friend and eagerly awaited at every library. The story made me fall back in love with fiction and yes, I was basic enough to post a book in hand review on Instagram.

Normal People is about that person who you first loved or made you feel most alive, the one you are inextricably entwined with for life. Whoever you first thought of when you read that, it’s probably them. The two central characters Marianne (Daisy Edgar-Jones) and Connell (Paul Mescal) are twin flames ― a concept that has fascinated me for a long time. In the show, hair fringe envy (her) and male sensitivity kudos (him) ensues. The plot is steeped in the intensity of infatuation, the beauty and brutality of relationships, and ultimately our biological yearning for emotional and physical closeness with another.

It’s not like this with other people, she says. Yeah, he says. I know. ― Sally Rooney

Marianne and Connell are young and in love, and it’s complicated. What most fascinated me over the 12 episodes is watching their undeniable chemistry and kismet-like connection unravel. Their conversations are unabashedly honest, innocent, and earnest (even though you want to scream half the time: ‘tell them how you really feel!’) and their intimacy is profoundly raw and beautiful. They are best friends and soul magnets attracted to each other despite remarkable differences. I call it ‘friendship on fire’ and if you’ve had it, you know it captures your mind and spirit like nothing else.

At times he has the sensation that he and Marianne are like figure-skaters, improvising their discussions so adeptly and in such perfect synchronisation that it suprises them both. She tosses herself gracefully into the air, and each time, without knowing how he’s going to do it, he catches her. ― Sally Rooney

Even though I am freshly in my thirties and the story is set at the end of high school and the beginning of their twenties, it is relatable for anyone who has ever loved, lost, lived in the rapture of someone, or wished for it.

For a few seconds they just stood there in stillness, his arms around her, his breath on her ear. Most people go through their whole lives, Marianne thought, without ever really feeling close to anyone. ― Sally Rooney

I warn you now ― watching Normal People is very addictive and will get under your skin.  The series will do seven more things to you:

You’ll want to visit Ireland immediately. A road trip around the West of Ireland was already at the top of my list, and now my travel pangs are at an all-time high after watching the melancholic landscapes of Sligo and leafy campus of Trinity College in Dublin for five nights straight.

Connell watched Marianne pouring the tea, her smiling manner, “behave yourself,” and he felt in awe of her naturalness, her easy way of moving through the world. ― Sally Rooney

You’ll think of your first love, or big love, or whatever you call that person you cannot forget. You know the one. When they say things like: “It’s not like this with other people” it will be a dagger to the heart for anyone that has felt this. You will think of that person you have an unexplainable magnetism with and smile or cry (and hope to have an attraction like that again).

Being alone with her is like opening a door away from normal life and then closing it behind him. ― Sally Rooney

You’ll Shazam every song in the show. Music is a pivotal character in all my relationships, as is the case in Normal People. The music supervision excelled, I had my phone out adding songs to playlists almost in every episode ― namely the reprise of Imogen Heap’s “Hide and Seek”, Irish balladeer Fionn Regan’s “Dogwood Blossom”, and Jon Hopkin’s dreamy instrumentals on “Scene Suspended”. They have also since released playlists for Marianne and Connell on Spotify. A notable exception from the soundtrack is Irish singer-songwriter Dermot Kennedy and his song “Outnumbered” which I believe lyrically sums up Marianne and Connell’s heartwrenching relationship better than anything else can.

You’ll think of Marianne and Connell as real people, and remember they are not. Fictional characters get under our skin. You’ll want to be friends with Marianne and Connell and will speak of them in conversations like they are. I also really enjoyed some of the other characters in the show, namely Connell’s mum Lorainne (played by Irish starlet Sarah Greene), Marianne’s friend Joanna (Eliot Salt) and Connell’s flatmate Niall (Desmond Eastwood) because they are the most normal people in the drama and you would genuinely want to hang out with them in real life.

It feels intellectually unserious to concern himself with fictional people marrying one another. But there it is: literature moves him. One of his professors calls it “the pleasure of being touched by great art.” ― Sally Rooney

You’ll want to talk about it with everyone. If you’ve been within 2 metres of me (socially distanced or digitally), you will know I am obsessed with this show. There is a space left at the end of Normal People that you can fill with hours or days of discussion, debate, and stories of your own. And because I promised no spoilers, I will say no more.

You’ll be devastated when it’s over. Expect to feel lost and distraught when the show ends thinking: will anything ever be this good again? Normal People will stay with you for a while, for a long time, or forever: the steamy scenes, the sobbing, the tenderness, and the brevity of it all.

I started to think about why I have such an emotional hangover from Normal People. I felt a pleasurable sorrow (a term coined by Salley Rooney in the book) when it was over, which is just a poetic way of saying you get melancholy as fuck.

I think Normal People perfectly captures the bliss and heartache, the soaring highs and destabilising lows that come with loving another person. It is unlike anything else I’ve seen in recent times (or ever) as it stirs up the universal longing to be deeply adored and understood by someone without holding anything back.

In the spring he would sometimes wake up at night beside Marianne, and if she was awake too they would move into each other’s arms until he could feel himself inside her. He didn’t have to say anything, except to ask her if it was alright and she always said it was. Nothing else in his life compared to what he felt then. Often he wished he could fall asleep inside her body. ― Sally Rooney

What is most intriguing about Normal People is the timing of the release, in the midst of a global pandemic, when so many of us cannot be physically close to one another, let alone pursue anything possibly romantic (if you can I hope you are going for gold). In many ways, WE ARE LIVING FOR THIS KIND OF CONNECTION through Marianne and Connell ― or at least I was.

I won’t give anything away, but I have lived my own version of the last scene in Normal People. It was tender and painful, and wholly unexplainable to anyone else but the person who was there. That’s the thing about relationships ― no one can ever know what truly goes on inside of them except the two people that are in it.

All these years, they’ve been like two little plants sharing the same plot of soil, growing around one another, contorting to make room, taking certain unlikely positions. ― Sally Rooney

It’s both cathartic and catastrophic to watch Normal People because it mirrors our own monumental love stories. My own “Connell” still pops up in dreams from time to time, a song comes on shuffle and it triggers a memory with them, and I catch myself recalling a small detail of him in unexpected moments. He is firmly in my subconscious even though he is no longer in my life. The people we have loved never truly leave us, even when they go.

But now she has a new life, of which this is the first moment, and even after many years have passed she will still think: Yes, that was it, the beginning of my life. ― Sally Rooney

I am calling it early – Normal People will be the most-talked-about show of the year and it’s only May. Finishing Normal People leaves you feeling bewildered and at a loss with what to do with your life next, kind of like when a relationship is over.

They say ‘youth is wasted on the young’ but I’ve been wondering lately: is love is wasted on our youth? Normal People is a captivating mirror. It reflects back to us the intensity, passion, anguish, and power of friendship on fire and reminds us of that person who made you feel fully alive and fervently in love, perhaps for the first time in your life.

You thought you had forgotten them, but if you’re honest, you cannot get someone out of your bones.

Relationships like this transform our very being – and that is why your love is never wasted.

He brought her goodness like a gift and now it belongs to her. Meanwhile his life opens out before him in all directions at once. They’ve done a lot of good for each other. Really, she thinks, really. People can really change one another. ― Sally Rooney

You can watch Normal People via Stan in Australia, Hulu in the US, BBC iPlayer in the UK, and I’m not sure about the rest of the world but I believe in you.