Oh Baby, It’s A Wild World: A Playlist To Feel The Fear And Do It Anyway 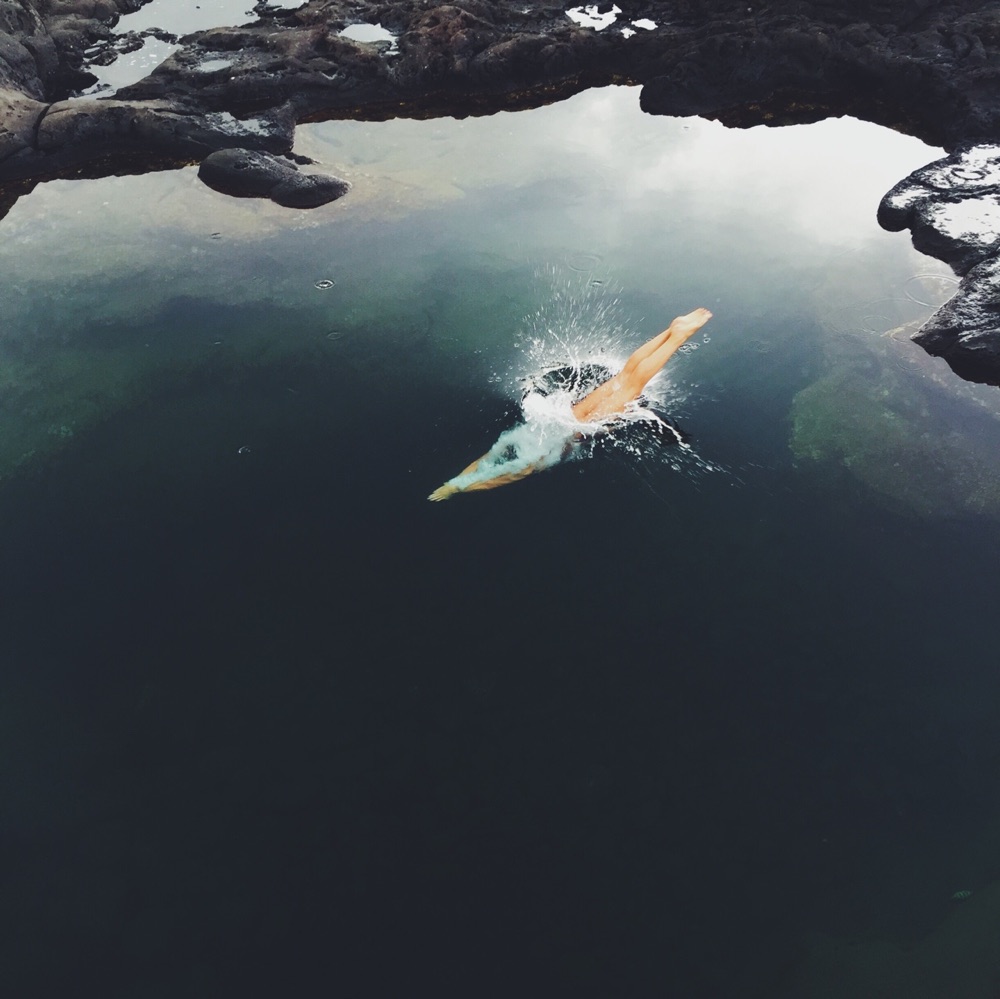 A playlist for anyone in a constant state of craving – for liberation, for solitude, for fun, for adventure, for nature, for exhilaration, and for wonder.

I have made many attempts to resist, fight and shoosh these cravings. But the heart wants what the heart wants, and the feelings of an unfulfilled life can take over leaving you with the only option you knew you had  – to liberate yourself from the suffocating atmosphere of hesitation and indecision, drop everything and throw yourself into what you were always meant to do.

Putting my own advice into practice – my life is currently packed into a 15kg backpack that I’ll be taking on my flight in two days to begin my own solo adventure across hemispheres. My lifelong “craving” has been to travel across America ever since I can remember. It only occurred to me yesterday that I’ve had my heart set on this ever since watching every John Hughes film as a child.

The process from deciding to go and taking the plunge was not easy or a linear narrative like Home Alone or Sixteen Candles. I’m 26 years old – so why haven’t I done it yet?  Fear actually. Fear of the unknown, fear of doubting yourself, fear of decisions, fear of that little voice in your head that says you are crazy, and in a funny way – fear of freedom.

I came across a recommendation for the seminal guide to changing your life – Feel The Fear And Do It Anyway by Susan Jeffers. Her message for overcoming fear is simple and exhilarating. She says that indecisiveness comes from not trusting yourself which stops you from getting what you want. Doubting yourself is paralysing and seriously joy-killing, and her advice is to ultimately realise that you can handle anything that comes your way. Her neat, keep close to your heart phrase totally transformed my uncertainty and reconnected me with an inner knowing that anxiety had totally muffled and buried.

Susan says that the three most important little words that you should never let out of your mind is: I’LL HANDLE IT! That’s it, really – I’ll handle it.

And she was right – when I would begin to think up fears about travelling alone and leaping into the great unknown I would remind myself that ‘I’ll handle it’ and I began to taste the deliciousness of an emerging self-confidence.

But fear never really goes away when you are constantly expanding and challenging yourself. Susan’s book is a treasure trove of sage advice and I also found helpful her ideas that ‘The fear will never go away as long as I continue to grow’ and ‘The only way to get rid of the fear of doing something it to go out and do it‘. She talks a lot about speaking to yourself like your own best friend, and embracing your fierce and free nature by swapping ‘what if’ with ‘I’ll handle it’.

Around this time I was reading The Desire Map by Danielle LaPorte (another great manual on desire and making things happen) and I high-fived the sky when I came across another three life-changing words: decide to rise.

Also so simple and exhilarating (how had I not thought of this?) – just decide to rise. Decide to do what you know you need to do, decide to be one of those people who pull it off, decide to not let your dreams down. Deciding to rise means awakening your immense capacity for joy, connection and living deeply. Decide to take the god damn plunge and know that life wants you to win.

I love reading words that feel like they are speaking directly to your soul. At one point mid-way through the book Danielle says ‘Tell fear to fuck right the fuck off’ – and just like that BOOM! Tickets booked, dates set, life sold, goodbyes said, bags packed and the anticipation of fulfilling cravings is starting to feel a lot more like excitement rather than fear.

We are all faced with seemingly endless choices for living big or playing small – and you may be frightened by you are also brave.

For anyone that is toying with the idea of feeling the fear and doing it anyway – you are entering a process of re-expansion. It’s not about becoming someone else but rather becoming the person you we were always meant to be. Make yourself proud.

Listen to Oh Baby, It’s A Wide World: A Playlist To Feel The Fear And Do It Anyway on Spotify